How to Breathe in Football? The importance of nasal breathing.

How to improve you breathing in football?

As simple as this. Try to use your nose to breathe because it is more efficient than the mouth. We will explain in this article the main reasons why you should be practicing nasal breathing in football and any other sport.

Benefits of nasal breathing in football

There are a multitude of benefits that come with nasal breathing as it is simply the way we were intended to breathe. Surprisingly, most footballers breathe via their mouths, especially as the intensity of the workout increases. Breathing through the mouth, however, is not as efficient or effective as breathing through the nose, according to specialists. Nasal breathing is particularly more effective and efficient for exercise because it allows more oxygen to reach active tissues. Because breathing via the nose produces nitric oxide, which is required to raise carbon dioxide (CO2) levels in the blood, which releases oxygen.

Why mouth breathing is not good for athletes

Mouth breathing does not efficiently release nitric oxide. This means that the cells do not receive as much oxygen as they would if they breathed via their noses. Perhaps leading to weariness and tension. Less oxygen saturation in the cells, then subsequently result in a lack of output in terms of performance when it matters.

Regular nasal breathing allows the body to efficiently oxygenate the whole body. Without the heart having to overcompensate by pumping more blood for overall oxygenation, which subsequently results in a lowered heart rate, less effort and less stress on the body for the same level of (if not more) physical output on the football field.

A study including 10 male and female runners who had been using nasal-only breathing while training for six months, helped prove this to be true. To compare maximal oxygen intake rates, participants were placed through standardized testing. First with nose breathing and subsequently with mouth breathing. They were also evaluated for a variety of other respiratory and exercise indicators, such as oxygen and carbon dioxide levels during exercise. When they switched from nasal to mouth breathing, their maximal oxygen intake did not alter. However, while nasal breathing, the runners’ respiratory rate, breaths per minute, and oxygen intake to carbon dioxide production ratio all dropped.

But, why are most footballers seen breathing through their mouth during matches?

Hyperventilating during exercise is usually done as an involuntary response by the body. This is done to let out a lot of carbon di-oxide but taking heavy breaths through your mouth does not help with oxygenating the cells. This is why you would catch most footballers gasping for air through their mouths when they run up a flight of stairs or sprint longer than usual. Nasal breathing also stimulates the part of the neural system responsible for relaxation, recuperation, and digestion, rather than the part responsible for survival or stress states like flight or freeze. This implies that, even if the body is stressed from high-intensity training or after a full 90 minute game, nasal breathing may help induce a sense of calmness in the body which would then help us perform more effectively. This is why regular practice of nasal breathing (regardless of whether you’re training or resting) is overall important for a professional football player’s performance. Every small detail as such is what makes a true football player complete and well rounded in athletic fitness in order to perform better on the big stage. If you want to take your playing skills and conditioning to the next level do not hesitate in contacting us or to apply for any of our programs.

END_OF_DOCUMENT_TOKEN_TO_BE_REPLACED 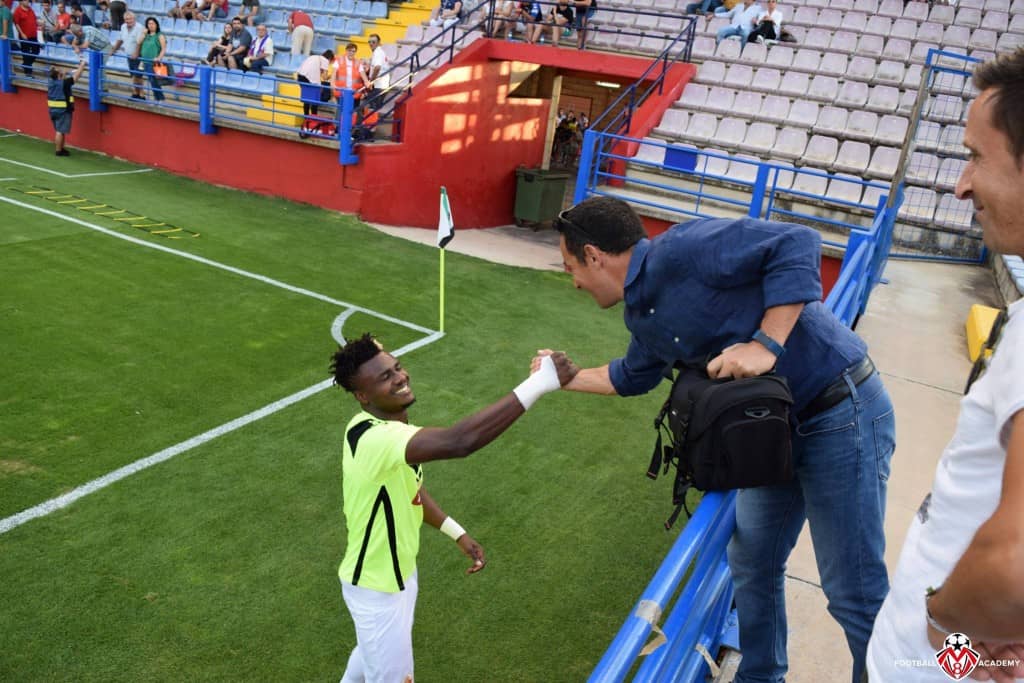 END_OF_DOCUMENT_TOKEN_TO_BE_REPLACED

Why Static Stretching is Bad for Football Performance?

A static stretch is simply a form of stretching that requires you to hold a certain position for a certain fixed amount of time used to increase range of motion overtime through muscle lengthening. There certainly are many different types of stretching but it is...

Get exclusive discounts and the latest news and updates of MV8 Soccer Academy in your inbox. We promise you that we will not send spam.